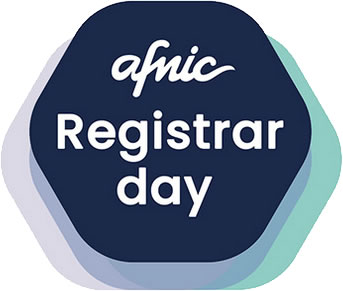 On January 10, the new edition of Registrar Day was held, organized by AFNIC, the registry of the .FR extension, this event is mainly intended for registrars.

While the event was usually held in December, this new edition, which was both accessible in person and remotely, and which took place after the pandemic period, was held at the beginning of this year, a way to place ourselves “in a new dynamic,” according to Pierre Bonis, AFNIC’s Director General.

The Registrar Day was an opportunity to review the highlights of the year 2022 for the organization, the most notable being the deployment of a new registry system on October 1 and the renewal by the French government of the .FR management concession for a new 5-year period. This renewal is accompanied by the implementation of new commitments such as access to registration data for authorized authorities or a strengthening of the fight against domain abuse.

In terms of figures, it should be noted that in 2022, .FR passed the 4 million mark in volume of domain names, a faster growth than the median rate of 2.0% recorded by the Council of European National Top-Level Domain Registries (CENTR) for the year 2022 at the level of European ccTLDs. It is worth noting that .FR ranks third in terms of volume among the ccTLDs of the European Union, behind .DE (Germany) with some 17 million domains and .NL (Netherlands) with more than 6 million domains, and is tied for 7th place with .AU (Australia) at the global level among the 308 ccTLDs delegated to the root 1