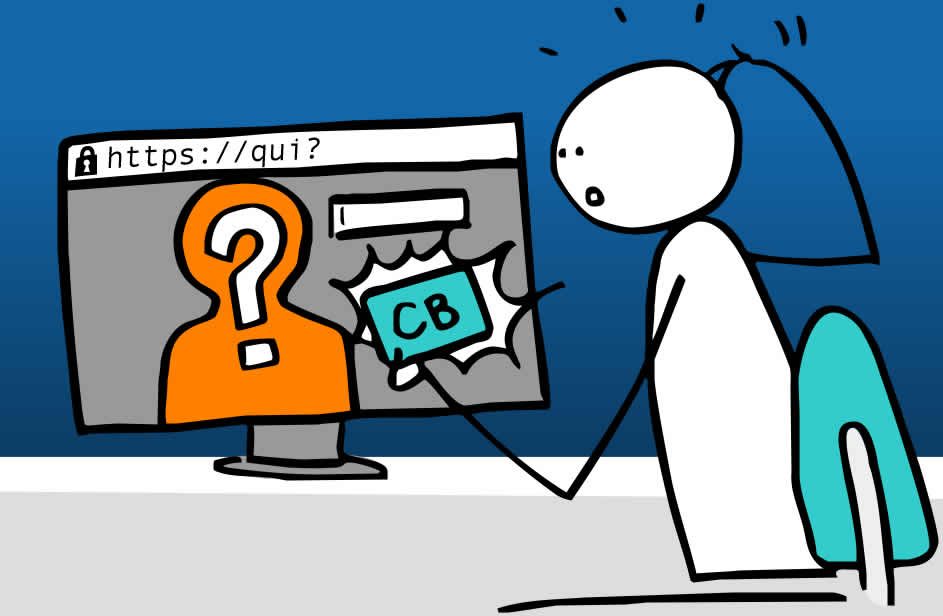 Let’s Encrypt was recently the subject of discussions in the small world of TLS certificates, by suddenly revoking 3 048 289 certificates which should not have been issued. A bug in its validation software prevented CAA registrations controls, and the certificates in question should not have been initially issued. These significant disruptions resulted from this mass revocation, but it is difficult to complain about a free service.

I am often asked what I think of Let’s Encrypt, and I always have this same answer: Let’s Encrypt has done a lot to encrypt the web, but is undermining the security of the web. Encryption allows to ensure confidentiality (no one can spy on) and integrity (no one can modify) of exchanges. But encryption alone is not enough if I do not have any guarantee of the identity of the one I am exchanging with (legitimate or fraudulent?)… And that is the whole problem.

In 2015, the Let’s Encrypt initiative supported by leading players of the Internet (EFF, Mozilla, Cisco, Akamaï…) was created with the purpose of massively and freely spreading SSL certificates to the whole world. More than five years later, the organization secures 190 million websites and has just announced that it has issued a billion certificates. The milestone was reached on February 27, 2020. This is undoubtedly a great performance.

In 2015, less than half of the web traffic was encrypted, to reach 96% in January 2020. Of course, Let’s Encrypt is not the only player responsible for this rise. Edward Snowden launched the first alert, Google has largely stepped into the breach, between referencing policy and changes in web security indicators. But by providing to all, free certificates based on a largely automated system, Let’s Encrypt has democratized encryption… and put the concept of identity into oblivion.

No identity, no security

Let’s Encrypt’s credo is simplicity, to “simplify to the extreme HTTPS deployment and put an end to its horribly complex bureaucracy” (says EFF in the launch campaign). The horribly complex bureaucracy has however a meaning: high authentication, which guarantees the identity of the certificate’s holder. Maybe not the absolute guarantee of legitimacy, not a guarantee of content either, but the guarantee of a registered company, legitimately owner of the concerned domain name and with a certificate validated according to a drastic procedure.

Let’s encrypt merely verifies the domain name’s control (DV, Domain Validation). One only has to click on a link in an email or to fill in a TXT record on the domain name’s DNS zone. Yet domain names registration in most TLDs is purely declarative. It is quite easy to register a domain name, to request a certificate from Let’s Encrypt and to publish a website in HTTPS://.

In five years, all phishing and fraudulent websites have switched to HTTPS://. Since 2016, Vincent Lynch alerted on this problem, 15 270 certificates with the term “Paypal” had been issued by Let’s Encrypt, 14 766 of these certificates were fraudulent.

The market has been brought down in terms of authentication level. Let’s Encrypt is far from being the only one responsible, Google and Mozilla, with their 70% of market shares, have largely supported the initiative, the big Cloud hosting providers followed, as well as the Certification Authorities, challenged on the prices. Today we have a secure web with 77% (November 2019) of certificates whose proprietary’s legitimacy is not verified.

The web has become encrypted by default. Does that make it more secure? Nothing is certain. The web user educated for twenty years to check the presence of the padlock in the address bar, trusts a web where all the fraudulent websites display the security padlock. Today, Internet is confidential but that does not make it safe.

It is urgent to return to high authentication. High authentication ensures a set of compulsory, drastic and controlled steps in order to obtain certificates. The procedures are enacted by CA/B Forum, regularly strengthened, and followed by audit from Certification Authorities.

23% of the certificates are still issued on the basis of high authentication, mostly in the corporate world, where CISO are pushing to preserve it. We all have to rely on them and support initiatives supporting OV (Organization Validation) and EV (Extended Validation) certificates, especially EV to guarantee the identity of the websites visited by web users. While identity on the Internet seems to have been somewhat forgotten for some time in favor of confidentiality, it is likely to come back to the spotlight again soon, driven in particular by web users and the need of personal data protection.