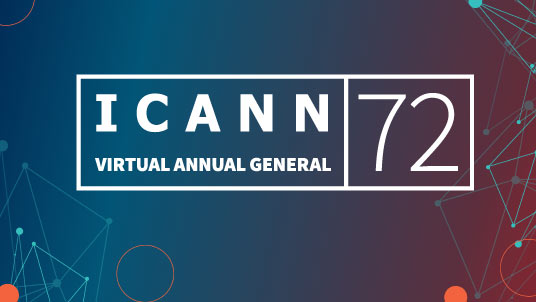 At the end of October, the 72nd ICANN summit was held, devoted to the development of policies that impact the domain name system (DNS) and the global Internet community. As already announced during the past summer, this latest annual meeting was to be held by videoconference in the time zone of Seattle in the United States. “Sleepless” were therefore not in Seattle but rather in Europe.

A month before this summit, ICANN announced the schedule for the Operational Design Phase (ODP) for one of the most anticipated topics by the contracting parties: the organisation of a future round of applications for new generic extensions. The ODP is a new mechanism now linked to the policy development process (PDP). It is similar to a project scoping exercise as it aims to identify the steps, risks, costs and resources to be allocated to implement a project, in this case a new round of generic extensions. The PDP was conducted between 2015 and 2020, with the submission of a final recommendations report to the ICANN Board in March of this year. However, it is not until February 2023, almost two years later, that the Board should consider these recommendations, the time to let the ODP conduct. Indeed, ICANN confirmed before the opening of ICANN72 that this scoping phase should last sixteen months in its entirety, including ten months for the conduct of the ODP, three months upstream to initiate the latter and in particular to constitute the teams that will conduct it and three months downstream to conclude the work. This timetable surprised many of the contracting parties and gave rise to much discontent. These discontents were particularly expressed through the Brand Registry Group that represents and promotes the interests of its members, dotBrand owners. For most members, things are not moving fast enough and the ODP would even be partly useless since some aspects overlap with the work already conducted during the previous PDP. Another aspect pointed out was the cost of the ODP estimated to $9 million, which is not a small amount.

The clouds are gathering as are the processes underway

As the other sessions scheduled during the week-long summit progressed, it was clear that the clouds continued to gather in the weather of ICANN’s policies. For example, the announcement of the launch of an expedited policy development process (ePDP) to review the Uniform Domain-Name Dispute Resolution Policy (UDRP), which allows for the recovery of disputed domain names, caused a great deal of misunderstanding, given that a review of all rights protection mechanisms (RPMs) has already been conducted between 2016 and 2020 and its final recommendations have not yet been examined by the ICANN Board. Now this review to validate the recommendations is scheduled to take place at best in the summer of 2022, by which time the aforementioned ePDP should be finalised. This example illustrated the gap that is being created between the community’s expectations for decisions and ICANN’s decision-making bodies, which seem to be overwhelmed by the policy negotiation processes that are piling up and stretching out over time, risking rendering decisions obsolete if they are made too late. According to some participants, this even affects ICANN’s ability to continue to carry out its mission as set out in its founding documents: To preserve and enhance the operational stability, reliability, security and global interoperability of the Internet.

“Prioritisation”, the word is out

On the first day of the sessions, ICANN CEO Goran Marby defended himself against the idea that the Board was slow to make decisions. He pointed out that the Board had recently examined 228 recommendations from the Competion Consumer Choice & Consumer Trust (CCT), which had just conducted a review to assess the extent to which the expansion of generic TLDs, gTLDs, had promoted competition, consumer confidence and consumer choice. 166 have been approved to date, 44 placed on hold and 18 rejected. Many of these measures are correlated with research and data collection to better understand market trends for new gTLDs.

Goran Marby also justified the delays in decision-making by the large number of ongoing and overlapping issues and by the fact that ICANN sometimes needs additional expertise to make decisions. In response to the criticisms, he also indicated that ICANN is now working on some form of prioritisation, a wish expressed by NAMESHIELD that seems to have been heard. However, Marteen Botterman of the Board nuanced this by specifying that prioritisation is not the Board’s responsibility, as it must ensure that the multi-stakeholder model is respected and must therefore maintain a certain neutrality on the subjects submitted to it.

A risk of fragmentation

From an organisation that has difficulty in making decisions, to its questioning, there is only one step. From the first day of the sessions, Goran Marby, who was particularly involved in the exchanges, spoke of “threats to ICANN”. ICANN is working on a risk management framework for the organisation. He also spoke of the need to talk more closely with governments as the current governance model is being challenged. Indeed, one only has to look at Russia to see that in November 2019, the Russian government introduced new regulations that create a legal framework for centralised state management of the internet within Russia’s borders. Russia has also proposed to hand over the management of the root servers to BRICS (Brazil, Russia, India, China and South Africa) member states. Proof that the States are going on the offensive in terms of their legislation, recent European directives also have an impact on the governance model, such as the General Data Protection Regulation (GDPR) and the forthcoming NIS2 (Network and Information Systems) directive, subjects which were also recalled at the summit. In China, for example, a law strengthening controls on digital services operated in China has just been adopted.

The failure of the ICANN governance model, if confirmed, could lead to a fragmentation of the DNS as we know it today, a fragmentation which takes shape as ICANN becomes bogged down in sterile debates. This summit has highlighted that the community and ICANN leadership have identified this major risk. The challenge for the future is to address it. We will watch the next ICANN summit scheduled in March 2022.

The observation that DNS regulation policies are bogged down, particularly at ICANN72, was widely shared by NAMESHIELD well before this summit. In particular, NAMESHIELD had expressed the need to prioritise topics in agreement with the community during the ICANN72 preparatory sessions. NAMESHIELD, which participates in working groups working on recommendations in the context of the periodic reviews conducted by ICANN, also advocated for re-enchanting voluntary work and helping diversify representatives in these working groups, in particular from small structures. Indeed many volunteers are now overwhelmed by the increasing volume of topics to be considered as the processes accumulate and decisions do not follow. New participants are discouraged from taking an interest in these topics by lengthy and cumbersome processes.