A ‘plethora’ is defined as a “large or excessive amount of something” and is usually followed by the qualifier “of.” Car manufacturers certainly fall into that category, as I found out recently when looking at replacing my worn-out old jalopy. 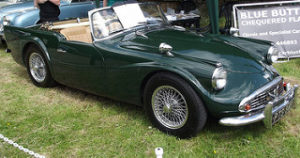 A plethora can also be used to describe domain extension, with the advent of new gTLDs (where the term after the final ‘dot’ can be almost anything) there is certainly a plethora of those nowadays! This naturally led me to pose the question “How many of one plethora is a part of the other plethora?”

If BMW is an indicator of what is to come in the evolution of the automotive industry online (with its innovative new .Brand websites, notably www.next100.bmw) other car brands have already pulled the plug. Take, for example GMC which, for reasons known only to itself, pulled the plug on 5 applications. While the French car industry did not submit a single application, at least they didn’t withdraw any!

The list of new gTLD applications for auto brands is as follows:

A little stir of the pot

Other related generic internet extensions exist (which don’t belong to the car brands) such as .CAR – .CARS – .AUTO – .AUTOS – .CARINSURANCE – .RACING – .LIMO et .GOLF (presumably related to the sport rather than the VW car).

There are also a number of auto related .Brands such as .DUNLOP – .GOODYEAR, as well as auto parts makers such as UCONNECT, .MOPAR et .SRT.

All in all, the auto industry is well represented for their online future. Far more so than many other industries.

So, when the brands, whether they are car manufacturers or not, begin to use these domain extensions as a core element of their online presence, we can all hope that other new gTLD owners such as .NIKE follow their lead and we can all leave the ‘Dot Com’ era behind us and welcome in the ‘Not Com’ epoch.

As for the absent French car manufacturers, there is nothing to do but prepare for the next application round. But make sure you start your preparations now!!